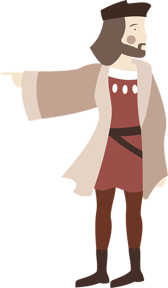 On this day in 1493, Italian explorer Christopher Columbus, sailing near the Dominican Republic, saw three “mermaids”–in reality manatees–and described them as “not half as beautiful as they are painted.” Mermaids, mythical half-female, half-fish creatures, have existed in seafaring cultures at least since the time of the ancient Greeks. Typically depicted as having a woman’s head and torso, a fishtail instead of legs and holding a mirror and comb, mermaids live in the ocean and, according to some legends, can take on a human shape and marry mortal men. The classic rags-to-riches story got a macho spin in the Oscar-winning Rocky, which was written by its star, Sylvester Stallone, and began filming on this day in 1976. In 1887, on one of the worst days of the “worst winter in the West,” nearly an inch of snow fell every hour for 16 hours, impeding the ability of already starving cattle to find food. Montana ranchers alone lost an estimated 362,000 head of cattle, more than half the territory’s herd.

See how you fare in today’s vocabulary quiz.

The great explorers, wealthy cattle barons and buff athletes all recommend ProofreadNOW.com. Be like them!