All the world’s a stage. Are you merely an actor or are you a director? 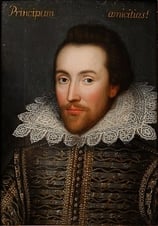 On this day in 1925, The Grand Ole Opry, one of the longest-lived and most popular showcases for country-western music, began broadcasting live from Nashville, Tennessee. The showcase was originally named the Barn Dance, after a Chicago radio program called the National Barn Dance that had begun broadcasting the previous year. On this day in 1582, William Shakespeare, 18, and Anne Hathaway, 26, paid a 40-pound bond for their marriage license in Stratford-upon-Avon. Six months later, Anne gave birth to their daughter, Susanna, and two years later, to twins. And for those not so old to remember the early-60s girl-group explosion, on this day in 1964, the Shangri-Las scored their first and only #1 hit with the famously melodramatic epic “Leader of the Pack.” Vroom, vroom.

Test your knowledge with this week's quiz.

Let us at ProofreadNOW.com judge you: