Movies and museums rule the day. 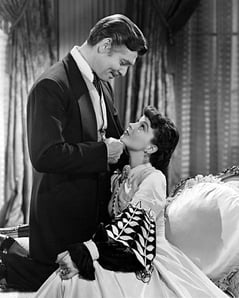 On this day in 1939, one of the most famous scenes in movie history was filmed–Rhett Butler and Scarlett O’Hara parting in Gone With The Wind. Director Victor Fleming also shot the scene using the alternate line, “Frankly, my dear, I just don’t care,” in case the film censors objected to the word “damn.” The censors approved the movie but fined producer David O. Selznick $5,000 for including the curse. And as we say here at ProofreadNOW.com, the rest was history. Gone With The Wind went on to become one of the greatest movies (if not THE greatest movie) of all time.

Also on this date, in Genoa, Italy, English scientist James Smithson died after a long illness, leaving behind a will with a peculiar footnote. In the event that his only nephew died without any heirs, Smithson decreed that the whole of his estate would go to “the United States of America, to found at Washington, under the name of the Smithsonian Institution, an Establishment for the increase and diffusion of knowledge.” Smithson’s curious bequest to a country that he had never visited aroused significant attention on both sides of the Atlantic.

(a) one in charge of a museum, zoo, or other place of exhibit

(b) an original or official paper relied on as the basis, proof, or support of something

(b) a small cake baked in a pan mold

(a) one that contests an award or decision in a will

(b) a contestant that does not win

(c) one who puts questions to contestants

(b) a usually temporary encampment under little or no shelter

(d) a state of wild confusion or disorderly retreat

(a) the main dwelling of a hacienda

(b) a planting machine or implement

(d) a public garden where tea and light refreshments are served

(a) existing after a war

(b) existing before a war

(c) opposing or hostile to war in opinion, sympathy, or practice

(d) a plantation of pine trees

How many did you get?