We’re only about halfway through the primaries, and I don’t know about you, but I’m politically exhausted. As an antidote to the regular assault of poisonous barbs and diatribes flying about at every turn, we offer a lighthearted look at some of the more notable typos and grammatical gaffes made by politicians past and present.

Oratorical missteps in politics are common (who can forget George W. Bush’s “misunderestimate” or Dan Quayle’s urging a student to change his correctly spelled word to “potatoe”), and they’re understandably easier to make. Mistakes in print are more easily prevented … and yet they too occur frequently.

What’s more, although errors in print are more easily changed once they’re discovered, they may persist eternally thanks to photographs and screenshots. Never mind the larger-than-life blunders that appear on billboards — like this one slamming (pickling?) Connecticut’s Governor Malloy, which the Milford Mirror featured just a few days ago: 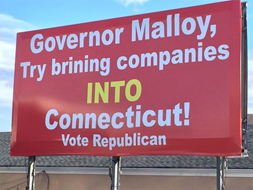 Social media channels are a huge source of errors — perhaps because the brevity and seemingly fleeting nature of the posts leads some to think there’s no need to proofread. But given how quickly such posts are disseminated and shared — and how merciless some pundits, comedians and other followers can be — we’d argue that proofreading even the shortest of posts is imperative. Donald Trump’s Twitter typos, for example, have become the stuff of legends:

Whether in a social media post or on a web page, typos aren’t partisan. Witness the error in Hillary Clinton’s announcement to enter the presidential race, posted on her website, in which she highlights her battles with children and families: 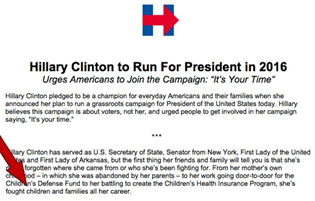 And this one in a tweet from the White House in February 2011, announcing President Obama’s upcoming speech on an apparently new African country: 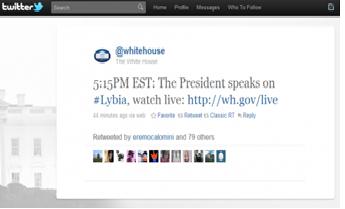 All the foregoing errors were promptly corrected, but not before they were captured and widely circulated online.


Other social media flubs by politicians include Mitt Romney’s official iPhone app, which made a big splash with its slogan of “A Better Amercia”: 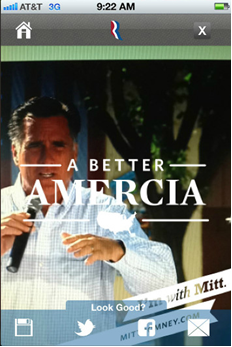 So did a plug on his Facebook page for a “sneak-peak” of his upcoming ad: 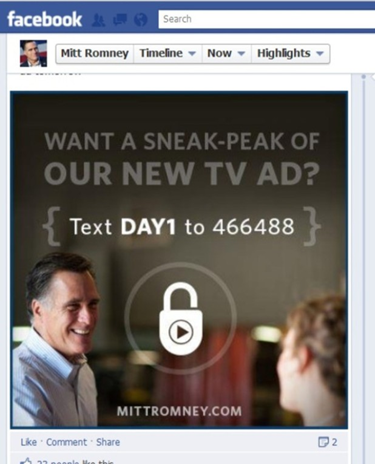 Sarah Palin’s famous neologism, refudiate — apparently a combination of refute and repudiate — sent pundits and word lovers everywhere into a frenzy. Palin may have gotten the last laugh when the New Oxford American Dictionary named refudiate its 2010 Word of the Year.

That kind of outcome is highly unusual. Scorn is more likely — as is the prospect that your credibility will suffer. Taking a few extra minutes to proofread whatever you plan to disseminate publicly will pay off in spades.

Let ProofreadNOW.com help you! Our editors can turn around documents in as little as 30 minutes. We might not vote for you, but we’ll do all we can to keep your campaign from being a laughingstock.  Click here to learn more about our services.