In other words, people aren’t convinced grammar matters. Sometimes that’s because grammar was taught to them in a tedious, soul-sucking way (endless sentence diagrams, anyone?). Sometimes they feel overwhelmed by all the “rules,” so they give up. Sometimes they just don’t see the point. Does good grammar really matter?

We think so. We’ve been grammar experts for more than 20 years, and our team’s collective experience totals in the hundreds of years. But we’ll try to lay aside our huge bias and give you a fair analysis.

END_OF_DOCUMENT_TOKEN_TO_BE_REPLACED 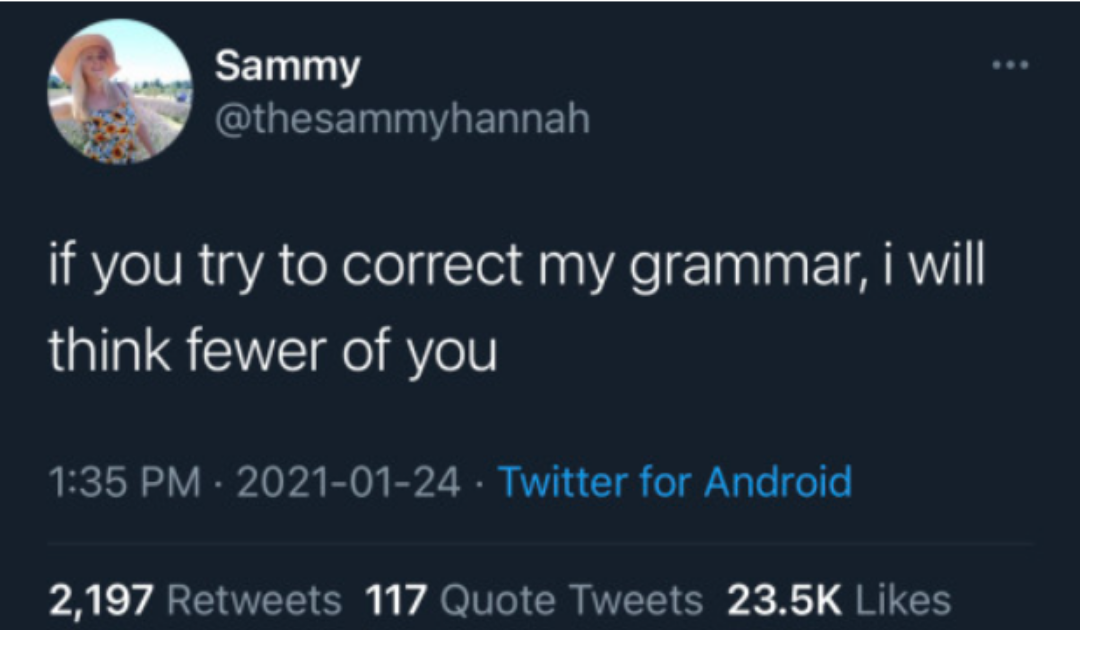 The Hottest Topics from the PRN Archives

You’re a busy person. Like most people, you want value and convenience, and you want it 3.74 seconds before you thought about it. To that aim, we’ve gathered the Top 5 ProofreadNOW.com blog posts by view count over the past year. These are the topics our readers found the most helpful compiled into a single extremely convenient and bursting-with-grammatical-value list:

END_OF_DOCUMENT_TOKEN_TO_BE_REPLACED 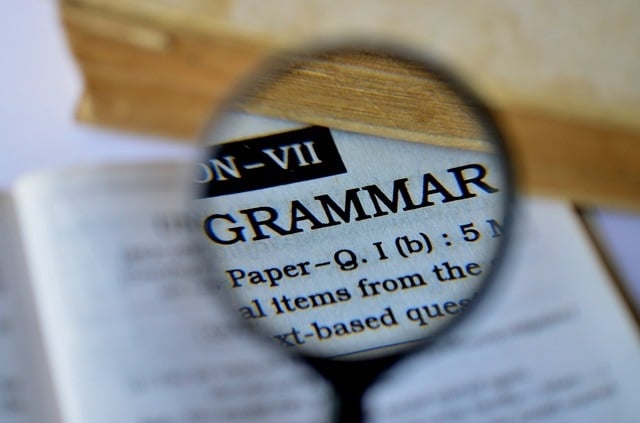 One poll highlighted by the Huffington Post revealed that most people are okay with using improper grammar in texts and emails. And then there are those of us who cringe every time a word is misspelled, a pronoun is misused, or an article or period is missing from a sentence … yes, even in text messages.

While we could blame technology for the downward spiral of proper grammar usage in everyday writing and communication, one could also argue that a lot of improper grammar usage boils down to how we understand, learn, and teach core grammar concepts (also known as the dumbing down of our culture).

Here are eight tips and reminders for understanding, learning, and teaching grammar concepts. Think of this blog post as your helpful cheat sheet when you’re trying to figure out a grammar problem. (Keep in mind, though, this is not an exhaustive list of every grammar rule or technique out there.)

1. Remember the Eight Parts of Speech

Every real word is a “part of speech.” The function a word serves in a sentence is what makes it whatever part of speech it is. And it is possible for one word to serve as more than one part of speech even in one sentence.

END_OF_DOCUMENT_TOKEN_TO_BE_REPLACED

Grammar Drama: The 10 Most Hotly Debated Topics in Grammar

Because the English language continues to evolve and change over time, grammar is not a subject exempt from hot debate, especially among professional writers, editors, and proofreaders.

Here’s a list of the ten most hotly debated topics in grammar. Take a gander and then share your thoughts with us in the comments below.

It seems like the debate about whether to use the Oxford comma (a.k.a. the “serial comma”) will always be around. Some style guides petition for it to be used and others contend that it should never be used. So, who’s “right”? We may never know for sure.

With the Oxford Comma: I would like to make apple, raspberry and blueberry, and peach pies for the festival.

Without the Oxford Comma: I would like to make apple, raspberry and blueberry and peach pies for the festival.

Read The Oxford Comma: Use It or Ditch It? to learn more details about this long-standing grammar debate.

2. Two Spaces After a Period

Before word processors and computers were widely used, typewriters were used to type important documents, and it was common practice to insert two spaces after every sentence typed with a typewriter for better readability. Some businesses, industries, and teachers still require individuals typing documents on word processors now to insert two spaces after every period. Yet others think that doing this makes things harder to read.

With Two Spaces: Bob arrived to the meeting late.  At the meeting we discussed the budget.

Without Two Spaces: Bob arrived to the meeting late. At the meeting we discussed the budget.

END_OF_DOCUMENT_TOKEN_TO_BE_REPLACED

Grammar Rules You Can and Should Break in Your Marketing Copy 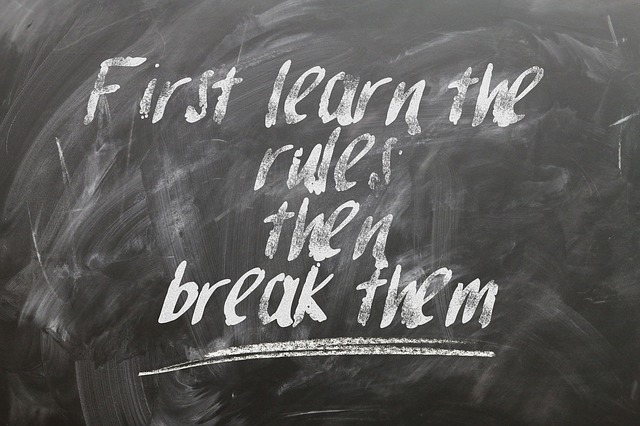 As a writer and a professional, you should always strive to be grammatically correct. However, there are times when it’s less important to follow strict grammar rules and more important to connect with your audience. Especially when you’re attempting to inform or persuade an audience about an idea or product.

You can’t truly connect with your audience if you aren’t speaking their language. And if you truly want to speak their language, you will be conversational yet professional in your copy. Sometimes this means you’ll have to break some of the rules, like the ones listed below.

END_OF_DOCUMENT_TOKEN_TO_BE_REPLACED 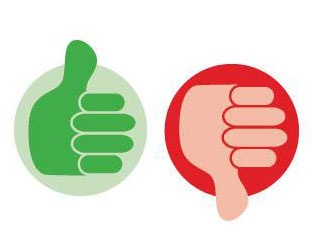 In the aftermath of the final showdown last night between Hillary Clinton and Donald Trump, we offer a different kind of post-debate coverage — a look into where our readers stand on three grammar, style and usage questions that have long generated controversy … and apparently still do to some extent. Here, we present a summary of the responses from last week’s poll, along with a sampling of the numerous comments we received.

The results for all three questions were heavily skewed to one side, but the arguments for both sides of each issue were reasonable, on point and well-articulated. Most of the 123 respondents staunchly defended their position, but more than a few surprisingly acknowledged they could go either way or that they had changed their views after a longtime adherence to the opposite position.

END_OF_DOCUMENT_TOKEN_TO_BE_REPLACED

The Great Grammar Debate: Where Do YOU Stand? 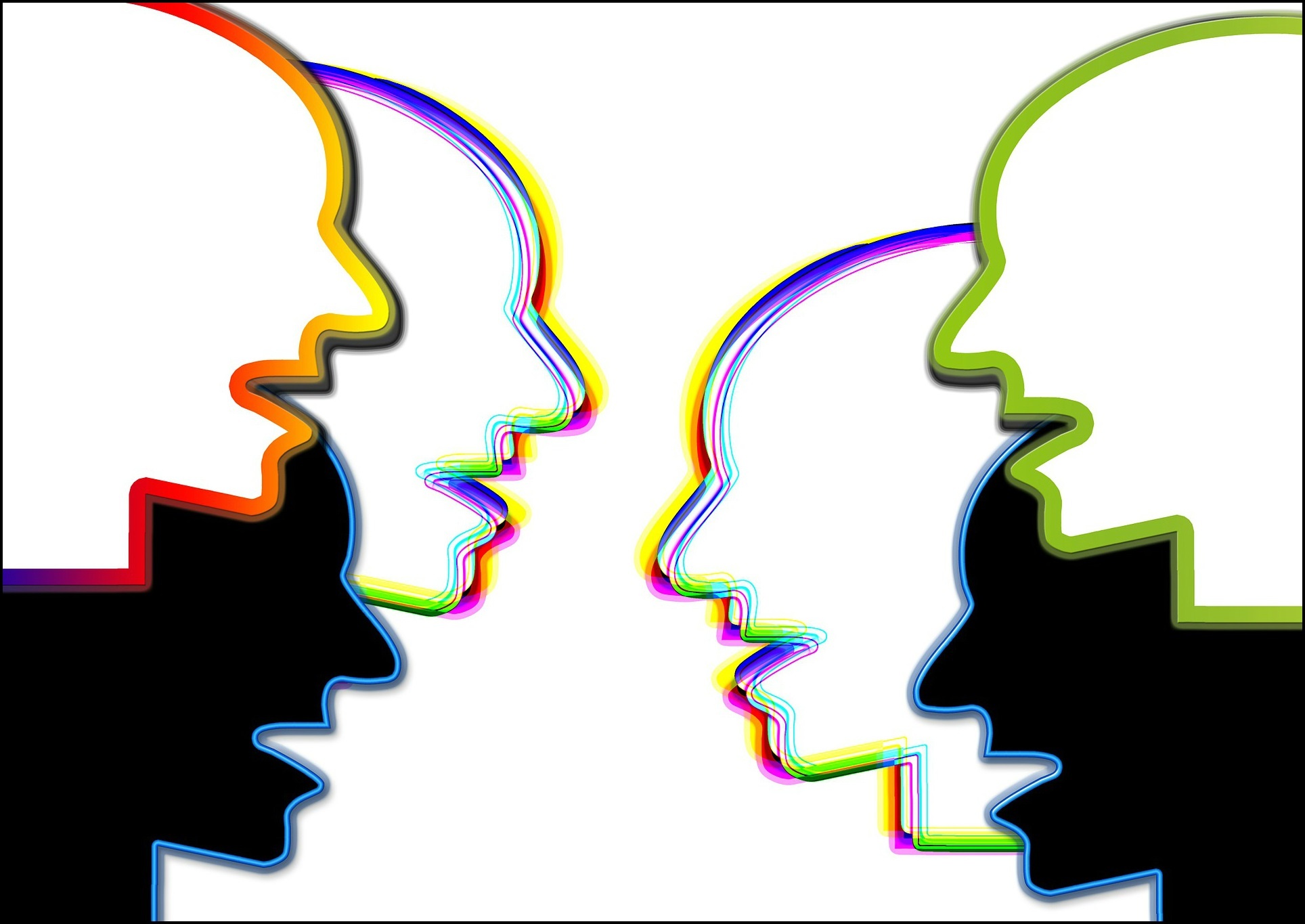 Given the hullabaloo that marked the first two presidential debates, which undoubtedly will continue through the final face-off next week and beyond, now seems a good time to look at a different kind of debate — those controversial grammar, style and usage questions that can incite even the most reserved among us to dig in, square off and argue our position to the end.

We present three of the many issues that rankle grammar and style arbiters far and wide, along with the primary arguments for each side, then ask you, our audience, to weigh in. In addition to recording your vote on each issue, you’ll have an opportunity to comment on why you prefer one approach over the other (assuming you have a choice and aren’t bound by, say, a company style guide). There are no right or wrong answers — we’re just curious to see where people land on these questions. Post-election results and commentary to follow in next week’s post.

END_OF_DOCUMENT_TOKEN_TO_BE_REPLACED

Should You Correct Others’ Grammar? 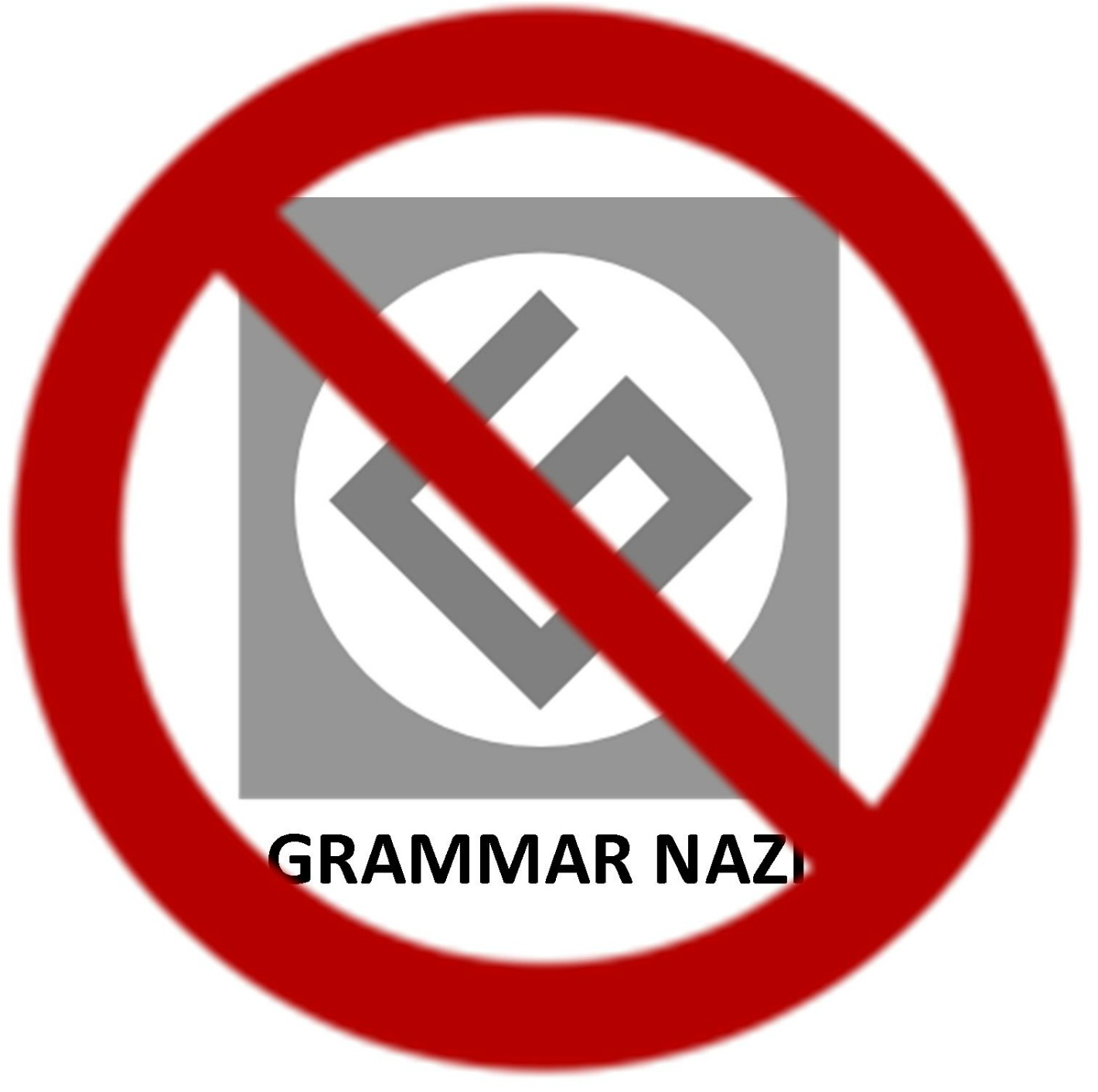 The bounds of civility seem to be eroding faster than a sandcastle in a tsunami. Nowhere is this more evident than in social media. Any public forum in which readers can comment on another’s posting has become fertile ground for nit-picking, tongue-lashings, biting sarcasm and just plain rudeness — and more frequently, grammar bashing.