Can You Come Out Tonight? 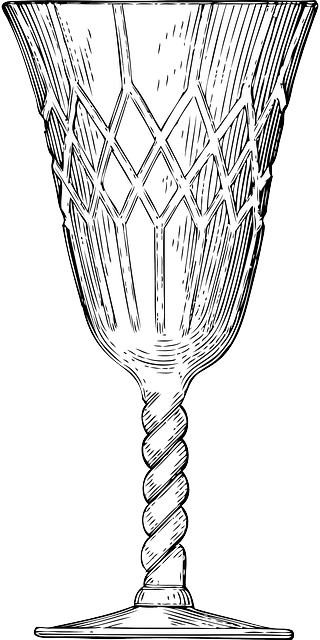 On this day in 1962, the Four Seasons earned their first No. 1 hit with “Sherry.” Frankie Valli had been hard at work trying to become a star for the better part of a decade before the Four Seasons achieved their breakthrough. They had come together as a group in several stages over the previous four years, changing their name in 1961 from the Four Lovers after failing an audition at a New Jersey bowling alley called The Four Seasons. It was keyboard player Bob Gaudio who wrote the song that would launch the group’s career.

END_OF_DOCUMENT_TOKEN_TO_BE_REPLACED

Are you guilty of using "everyday" as a noun? Don't do it. The one-word form is only an adjective, as in "an everyday occurrence." Never write, "I exercise my brain everyday." Now, see how you do with the rest of these adjectives.

END_OF_DOCUMENT_TOKEN_TO_BE_REPLACED

November was the ninth month in the ancient Roman calendar. Nine is the atomic number of fluorine. We're obsessed with nine today. Can you tell?

END_OF_DOCUMENT_TOKEN_TO_BE_REPLACED

Most word lovers love Scrabble™, the classic word game developed originally by Depression-era architect Alfred Butts, who sold the rights to James Brunot, who sold the rights to Selchow & Righter, which sold out completely to Coleco, which shortly thereafter went bankrupt, the assets of which were bought up by modern-day Hasbro. Here are some words for your next conquest. (Each word's basic score is in parentheses.) Memorize them and win all the challenges!

END_OF_DOCUMENT_TOKEN_TO_BE_REPLACED

Tribute to the Left(-handed World)

Today is International Left-Handers Day. Left-handed people are in their right minds. "Left" is the past tense of "leave." "Leaves" are foliage. Clear up your confusion with today's vocabulary test.


1. cade:
(a) on or toward the left side of a ship;
(b) given or left by a will;
(c) left by its mother and reared by hand;
(d) a Chinese cabbage forming an open head with left-winding white stalks and green leaves.

2. sitzmark
(a) a depression left in the snow by a skier falling backward;
(b) a pleat made by forming two folded edges one facing right and the other left;
(c) the paint left on a surface by a single application of a brush or palette knife;
(d) to put (a matrix) in a form with all the nonzero elements along the diagonal from upper left to lower right.

3. significant digit
(a) the leftmost digit in a number;
(b) any of the digits of a number beginning with the digit farthest to the left that is not zero and ending with the last digit farthest to the right that is either not zero or that is a zero but is considered to be exact;
(c) one digit connected ("married") to another, as in the "5" in Car 54 Where Are You?;
(d) any digit greater than 5.

4. service stripe
(a) a high-water or sometimes low-water mark left by tidal water or a flood;
(b) a temporary mark left on a windshield of a car that has been serviced;
(c) a stripe worn on an enlisted man's left sleeve to indicate three years of service in the army or four years in the navy;
(d) a bud that develops into a leafy shoot and does not produce flowers.

5. pot liquor
(a) a crescent-shaped liquefied dumpling filled usually with pork, steamed, and then fried;
(b) a high-alcohol distillate created in a pot-bellied stove;
(c) the liquid left in a pot after cooking something;
(d) a double-fisted contraband.

6. paradiddle
(a) something (as a piece of writing) that is mutilated or left unfinished;
(b) a poem written and intended to be read right to left;
(c) two diddles;
(d) a quick succession of drumbeats slower than a roll and alternating left- and right-hand strokes in a typical L-R-L-L, R-L-R-R pattern.

9. mortmain
(a) a stereoscopic motion or still picture in which the right component of a composite image usually red in color is superposed on the left component in a contrasting color to produce a three-dimensional effect when viewed through correspondingly colored filters in the form of spectacles;
(b) left for dead;
(c) on or toward the left side of a ship;
(d) the condition of property or other gifts left to a corporation in perpetuity especially for religious, charitable, or public purposes.

10. Left-Bank
(a) Shaq's downfall;
(b) of, relating to, situated in, or characteristic of the bohemian district of Paris on the left bank of the Seine River;
(c) the leftist division of a group (as a political party);
(d) where Renee lives, after she just walked away.

So, how's your left-handed vocabulary? Find out here.

END_OF_DOCUMENT_TOKEN_TO_BE_REPLACED

It's a Great Day, Actually!

Do you know someone who won't get out of bed for fear of crossing paths with a black cat or being hit by a meteor? We're glad you braved the day and came to work. Do watch out for ladders, though. Walking under a ladder is unsafe all year long.

END_OF_DOCUMENT_TOKEN_TO_BE_REPLACED

I recently discovered a new show on the National Geographic channel called Ultimate Survival Alaska.  Are you a fan? If not, I highly recommend it; the scenery is great and the adventures and challenges are amazing to watch.

END_OF_DOCUMENT_TOKEN_TO_BE_REPLACED

Here at ProofreadNOW we strive for perfection. See if you can achieve a perfect 10 with these absolutely impeccable words:

1. spot-on: (a) slightly imperfect, with only one blemish; (b) one who insists on exactness or completeness in the observance of something; (c) exactly correct; accurate; perfect; (d) a common dry-cleaning term identifying attention required for a silk necktie.

END_OF_DOCUMENT_TOKEN_TO_BE_REPLACED

Will there ever be a Mars Day on Mars? What would they do? Rake red dirt all day? Just something to ponder as you consider today's list of earthy words.

1. meliorism: (a) marked by or showing concern for the environment; (b) advocacy of the preservation, restoration, or improvement of the natural environment; (c) the belief that the world tends to improve and that humans can aid its betterment; (d) active demand by two or more organisms or kinds of organisms for some environmental resource in short supply.

END_OF_DOCUMENT_TOKEN_TO_BE_REPLACED

It's happened. You're in a five-way conversation and somebody pipes up with something like "Yeah, it's a Catch-22. You just can't get a job if you don't live in Florida." Trouble is, you know it's not a Catch-22, that the guy's blowing smoke, but you can't quite remember precisely what a Catch-22 is. So you keep quiet and everybody goes along. Well, study up and next time be the one in your cube-farm who doesn't mangle these common expressions. Read on!