In the latest lexicon news, Merriam-Webster has decided to remove the word gullible from the dictionary. But just for today. See for yourself here.

“Easily fooled or cheated.” That’s what gullible means. There’s probably a lot of that going around this April Fools’ Day. It’s one thing to be at the mercy of pranksters whose primary objective is to make you look like a fool on this one day every year. It’s another entirely to accomplish that on a more regular basis unaided.

One of the ways writers (and speakers) do so is by unwittingly injecting malapropisms or eggcorns into what they’re saying.

Malapropisms are nonsensical errors that result from using incorrect words that sound a lot like the intended words but have very different meanings (e.g., the show plummeted [catapulted] to the top of the ratings; he has a photogenic [photographic] memory).

Writers may use malapropisms for comedic effect, as R.B. Sheridan did in his 1775 comedy-of-manners The Rivals. His character Mrs. Malaprop (from the French mal à propos, meaning “ill-suited”) often used the wrong word to express herself, leading to the coining of the term malapropism (although others, including Shakespeare, used the device long before then). Some examples: “He is the very pineapple [pinnacle] of politeness” and “I have since laid Sir Anthony’s preposition [proposition] before her.”

But more often, malapropisms in both writing and speaking are unintended. Some famous examples are former Vice President Dan Quayle’s statement that “Republicans understand the importance of bondage [bonding] between a mother and child” and former President George W. Bush’s declaration that “we cannot let terrorists … hold this nation hostile [hostage].”

Eggcorns are similar to malapropisms, but rather than nonsense, they result in a phrase that’s plausible in the same context as the original (e.g., deep-seeded [deep-seated] anxiety; old-timers’ [Alzheimer’s] disease). While unintentional malapropisms typically stem from the user’s lack of knowledge or understanding, eggcorns reflect a level of creativity or logic based on replacing an archaic or obscure word with one that’s more familiar (e.g., chomping [instead of “champing”] at the bit). In this way, eggcorns are like puns (see below), but they’re not intentional.

Eggcorn is a relatively recent term, coined in 2003 by linguistics professor Geoffrey Pullum in response to a discussion on a linguistics blog about what to call a woman’s interpretation of acorn as eggcorn. The term is so recent, in fact, that Merriam-Webster doesn’t recognize it — or maybe it’s also been omitted for April Fools’ Day ….

You can find more than 600 additional examples in the online eggcorn database, including preying [praying] mantis, for all intensive [intents and] purposes, coming down the pipe [pike], and mute [moot] point … or, as probably only this one person ever uddered, “moo point.”

How to Exercise Exorcise Malapropisms and Eggcorns

The best way to ensure malapropisms and eggcorns don’t creep into your writing is to thoroughly understand every word and phrase you write — especially those phrases you use without thinking. If you’re not sure, look them up. Use a dictionary, online search or the eggcorn database mentioned above, or ask ProofreadNOW.com’s Grammar Experts.

Read what you’ve written aloud to others, or ask them to read your writing. Consider having your documents professionally proofread. We’ve found many of the errors discussed here, and more.

For formal speaking engagements, write out what you want to say beforehand and review it as above. When speaking informally, remember the immoral words of the ironic Mark Twain: “It is better to keep your mouth closed and let people think you are a fool than to open it and remove all doubt.”

Let us know what’s wrong with the previous paragraph by commenting below. We’d also love to hear in the comments about malapropisms or eggcorns you’ve either used or encountered — in the workplace, at home, while socializing, etc. 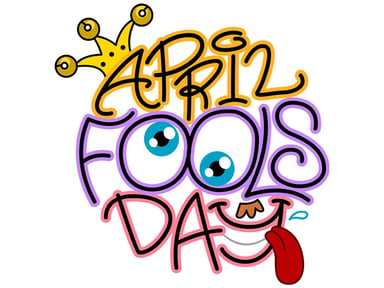