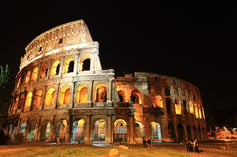 It’s not uncommon to see “i.e.” used where “e.g.” should be used, and vice versa. In fact, it’s one of the most common mistakes writers make. Why? How could such simple abbreviations perplex even the most experienced of writers at times? It could have something to do with the fact that both abbreviations are derived from Latin words.

Continue reading to learn more about these sometimes-puzzling abbreviations.

“i.e.” stands for the Latin phrase “id est” which essentially means “in other words.” Sometimes it’s translated to mean, “that is to say.” The abbreviation is used when a writer is elaborating a claim he or she made, or rephrasing the claim to clarify what he or she wrote, to make it more precise.


“e.g.” stands for the Latin phrase “exempli gratia” which means “for the sake of example” or simply “for example.” The abbreviation is used to introduce a list of examples. It’s most likely confused with “i.e.” because it’s easy to deliberate that listing more examples is a form of elaborating a statement or making that statement more precise. However, where these two Latin abbreviations are concerned, “e.g.” is used to list examples for something that has already been stated by the writer.

The best way to remember when to use either abbreviation is to forget the Latin words they represent altogether. Instead, remember what they mean in English. Use these mnemonic devices:

The “e” in “e.g.” stands for “example.” – remember that the “e” means “example” in English. This way, you’ll remember that every time you use “e.g.”, you’ll need to provide examples.

Do you use these abbreviations often in your writing? Or do you have a different mnemonic device you like to refer to when using “i.e.” and “e.g.”? Please share it with us in the comments.