Putting Only in Its Place 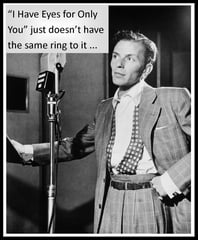 For being such a small word, only wreaks a lot of havoc — largely because it’s probably the most frequently misplaced word in the English language.

Its proper placement is immediately before the word or phrase it modifies. The farther it strays, the more likely ambiguity will result.

Each sentence means something slightly different:

The random placement of only erodes these nuances.

In speaking, the second example, in which only is positioned directly before the verb, is the default for many. And because of the context and the speaker’s intonation or emphasis, the meaning is usually clear. That’s not always the case in writing. Casual communications that have a conversational tone are one thing. But in formal documents, the careful writer should position only where it belongs to avoid any ambiguity.

The Chicago Manual of Style (5.182) concurs, saying “rigorous placement of only is preferable to aid the reader’s comprehension.” Likewise, Bryan Gardner, in A Dictionary of Modern American Usage, says, “The more words separating only from its correct position, the more awkward the sentence; and such a separation can lead to ambiguities.”

As always, we at ProofreadNOW.com let context guide us. If we’re reviewing a transcript, speech or writing with a conversational tone, we’re likely to leave an incorrectly placed only as is if it sounds natural and the meaning is clear. In more formal writing, we’ll move only to directly precede what it modifies.

This week’s post is in response to a reader request for more explanation on the subject. Let us know in the comments below about any burning grammar questions you’d like us to tackle here.

Topics: placement of only