What Do Typos Say About You? 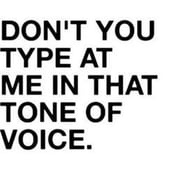 Professional proofreaders tend to focus on formal documents: books, news and feature articles, marketing copy, legal contracts, et cetera. But (as far as we know) nobody pays a proofreader to check their personal or work emails. They’re usually composed on the fly and sent without so much as a once-over. Because the brain tends to focus on concepts rather than details when you’re writing, even the most conscientious communicator can fall victim to typos.

That can occasionally lead to unintentional hilarity thanks to both autocorrect and the typos it fails to catch, as everyone who has ever sent a text or an email probably knows firsthand. But what do the ordinary mistakes made when typing an email say about you to the recipient? And if you can’t prevent typos entirely, what can you do to mitigate their unintentional effects?

The answer to the first question is that typos in digital communications cause the recipient to assume that you feel strongly about the topic – whether you’re coming across as excited, angry or worried, typos will amplify that impression.

That can be an advantage when you want to come across as angry or excited, but there’s also a downside: In most cases, typos cause others to see you as less intelligent. You gain perceived authenticity at the cost of perceived authority and education.

“Strategic sloppiness” can work for those in positions of power – and occasionally for lesser mortals seeking to stand out from the crowd or to project more authority than they actually have – but if the recipient already knows you or is above you in the office hierarchy, your typos will probably not cause them to look upon you favorably.

Why do we make these automatic assumptions? Researchers theorize that this unconscious process might be the brain’s method of adjusting to conversations where body-language and other contextual clues are unavailable. Keeping this in mind when both writing and reading emails can help you become more aware of the unspoken message your words are sending and how they might be perceived.

But there isn’t always time for that. Sometimes you need to dash off a response with no time for reflection. When that’s the case, try to be as clear as possible about your own intentions and emotions – you might even explicitly say, “I’m upset about how X is going, but I know it’s not your fault” or “My kid is really sick and I haven’t slept, so please forgive any typos.”

Revealing personal information, confiding in the recipient and providing explicit context for your emotional tone can help head off any unintentional messages your typos might otherwise send. Just don’t overdo it, and adjust the specifics to the person you’re emailing if you know them fairly well.

One final note: Everything we’ve just written about how your typos cause others to perceive you applies to you as a recipient as well. Try to give your colleagues the benefit of the doubt – and hope they reciprocate.