What Makes a Writer "Great"?

You get the picture being painted here. There are a lot of ways one could identify or classify a “great” writer. But are those ways fool-proof, logical, or all-encompassing? It does seem each writer has his or her own specialty and strengths. So, do “great” writers have similar qualities or characteristics?

When you’re asked to provide an example of someone who is a great writer, who do you think of immediately? J. K. Rowling? Tom Clancy? Stephen King? Shakespeare? Robert Frost? Margaret Atwood? George Orwell? Marjorie Kinnan Rawlings? Ayn Rand? Mark Twain? Jack Kerouac? And if you were asked what you think makes him or her “great,” how would you respond?

Writers who are “great,” or at the very least are more widely known, do seem to have certain common characteristics, as listed below. Do you agree?

Credibility with an Audience

If a writer is “great,” he or she will have credibility with an audience. Readers believe and trust what a great writer writes, and the writer knows this. Great writers are well aware of their audiences and how to connect with them using words.

Even those writers who broke grammar rules knew the rules first, and quite well. For example, consider Jack Kerouac’s notorious run-on sentences, Shakespeare’s made up words and sentence constructions, E.E. Cummings’ propensity to lowercase all words, and so on.

It seems that most great writers are creative, in the sense that they are highly adept at capturing and writing about their inner monologues, musings, or fictional worlds, in a compelling and unique way. Or they have a knack for making boring or uninteresting topics very entertaining or fascinating. Perhaps Henry David Thoreau’s Walden comes to mind.

Ernest Hemingway is probably consistently considered by many as one of the greatest writers who ever lived because his writing is clear and to the point. He uses short and easy-to-read paragraphs, clear language, and simple sentences, and tends to avoid adverbs.

Great writers do their research, whether they write fiction or nonfiction. They know a lot about or have lived close to the subjects they write about. Consider the political and philosophical musings of Socrates and Plato. Or the works of Toni Morrison.

Ability to Self-Edit and Self-Review

Consider these quotes from some “great” writers:

“In writing, you must kill all your darlings.” ― William Faulkner

“The main thing I try to do is write as clearly as I can. I rewrite a good deal to make it clear." ― E.B. White

"I'm all for the scissors. I believe more in the scissors than I do in the pencil." ― Truman Capote

In order to write something compelling for humans, a great writer must be tuned to what people need or want, sometimes both. They don’t have to like people all the time, and most of the time some of them don’t, but they do need to understand people and what motivates them.

Propensity to Read a Lot

Most great writers also read a lot. They read their colleagues’ work, news articles, research for their own writing, etc. When they aren’t writing, they’re reading.

Practice is essential to great writing, and the great writers practice more than others. They tend to keep strict writing schedules and routines. And they are always practicing their craft, their understanding of grammar and language, etc.

Even the greatest writers received rejection letters and harsh criticisms. Many even had their works banned or burned. But they continued to write anyway.

What do you think makes a writer “great”? Share with us in the comments below. 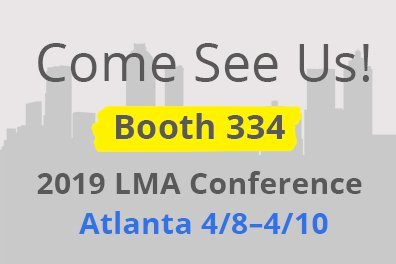