Common Writing Mistakes and How to Avoid Them – Part 1 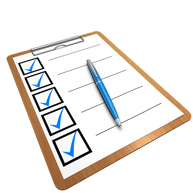 All writers make mistakes. Some writers aren’t the best with punctuation, while others struggle with pronouns and hyphens. Know the mistakes you are more inclined to make so that you can fix them before submitting or publishing your work. Below are some common mistakes writers make, and how you can avoid them.

A run-on sentence attempts to link two independent clauses without punctuation or conjunctions.

Incorrect: My boss gave me a raise she said it was due to my performance.

Correct: My boss gave me a raise. She said it was due to my performance.

The easiest way to fix a run-on sentence is to separate the two clauses into distinct sentences. You can also use punctuation or conjunctive adverbs, or coordinating conjunctions, to break apart the independent clauses.

A comma splice is like a run-on sentence, but uses a comma to attempt to link two independent clauses.

Incorrect: Bob had a hammer, it had a yellow handle.

Correct: Bob had a hammer, and it had a yellow handle.

To fix a comma splice, you can sometimes insert a semicolon after the first independent clause, or delete the comma and insert a conjunction (e.g., “and,” “after,” etc.) after that comma. You can also create two distinct sentences from the independent clauses.

If the compound adjective comes after the noun it is modifying in a sentence, then most style guides call for no hyphenation. AP, though, calls for hyphenating even after the noun.

Check your designated style guide or dictionary for commonly used hyphenated terms and words if you’re in doubt. Some words include a hyphenated prefix (e.g., “ex-boyfriend”). And some style guides require numbers between twenty-one and ninety-nine to be hyphenated.

Incorrect: Yours shoes are dirty.

Correct: Her shoes are dirty.

Apostrophes are used to indicate possession or to create a contraction out of two words. They are almost never used to make a word plural.

Incorrect: The wolve’s are in the forest.

Correct: The girls’ horses ran in the race.

Whenever in doubt, remove the apostrophe from the word to see if it can be replaced with two separate words and still make sense (e.g., “didn’t” becomes “did not”). Or determine if the word is no longer possessive once you remove the apostrophe. Rare cases for using an apostrophe to indicate plural include “mind your P’s and Q’s” and “always dot your i's.”

It’ll be easy to never make this mistake again. Simply remember that “alot” is not a word. “Allot” is a word, but has an entirely separate meaning from “a lot.”

Sentences must have subjects and verbs that agree in number.

Incorrect: Cindy walk to the festival.

Correct: Cindy walks to the festival.

To avoid this mistake, verify that your subjects and verbs agree in number. If the subject in a sentence is singular, the verb must also be singular. And if the subject is plural, make sure the verb is also plural.

If your writing is filled with grammatical errors and misspelled words, it’ll be difficult for your readers to get through and understand. Keep this list nearby to help you avoid these common mistakes while you’re writing.