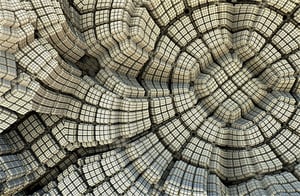 If it weren’t for the facts of syllable rules/types, my 6-year-old would be correct in lamenting, “I am tyrd” in her journal (and I congratulated her admirable effort).

Don’t even get me started on though, through, thought, and thorough, though I grudgingly admit that the phonogram “ou” has four distinct sounds and “gh” has three (or two, since silence isn’t actually a sound). Also, I am sorry for using though twice in such a ridiculous sentence and I hope your brain has sufficiently recovered to continue reading.

We can easily get up in arms, shoulders, knees, and toes, if we feel alienated by our mother tongue. It’s like going out on a walk only to have nature ambush us with seasonal allergies. I frequently say, between sneezing and wiping my eyes, “Nature, why you no love me?” Then, I begrudgingly edit the aforementioned sentence while taking an antihistamine. For some of us, wrestling English into acceptable forms or even trying to understand its acceptable forms seems like an exercise in futility. We give up and lambast it instead.

While the success of ProofreadNOW.com is based on the dedicated expertise of a group of people who love nitpicking, wrangling, and categorizing language to pieces, we don’t want to hold all the cards in that arena. So we won’t pretend to subscribe to the notion that English is an incomprehensible, convoluted, malignant mess. We also assert that much of the average person’s knowledge of English is seamlessly assimilated, and unconscious. You’ve been mastering the language since you were born with very little effort.

In fact, English makes a lot more sense to you than you realize. As a means of proof, consider the following:

When a child says she is “make suring” her stuffed animals are put away, you giggle.

You don’t pronounce “wrong” or “wristwatch” with a beginning “w” sound, except ironically.

If someone asks, “Is it ‘For whom or for who the bells toll’?” you know a toll is not a fee for access in that interrogative, despite your ambivalence over the use of whom and who.

If a wrong must be righted, you don’t ever try to “extract revenge” because you have no interest in hateful solutions even if you do appreciate a good (double) pun.

When you write “c u later,” you realize that is not the correct spelling—you just don’t care because text messaging is an open invitation to linguistic homicide.

If I am standing by myself and say, “We are unhappy,” you assume I have a small mouse or baby hedgehog in my pocket. Otherwise, who is the other party in “we”? (Great job, and it’s a disgruntled hedgehog.)

You know exactly what to do when spelling the third day of the week (or fourth, depending upon whom you ask). You slowly say, “Wed…nez…day” under your breath.

This sentence makes your innards quake: I have a circular tiny wooden sweet brown old table Russian saw. This one is like an anti-anxiety prescription by comparison: I have a sweet tiny circular old brown Russian wooden table saw.

You can easily spell the words pony and bologna because they rhyme. Hold up; that was a terrible example.

You have implicit trust in your spelling instincts; you simply follow your conscious. Conshince? Concinz? Calm down. There’s no need to scream. I found a dictionary. Just think of “con” (tricking somebody) and “science” (important knowledge things that are hard to explain). Conscience. Easy, right?

All right, I admit it. English isn’t the most intuitive language.

Also, have you heard of triple contractions?

Maybe I shouldn’t’ve said anything.

1 This is a slightly revised popular online version (one instance can be found here: https://www.ling.upenn.edu/~beatrice/humor/double-positive.html) of a true story told by/attributed to Sidney Morgenbesser. https://www.tabletmag.com/sections/arts-letters/articles/sidney-morgenbesser

2 Per Merriam Webster online. If you want to know more about why we love Merriam so much, see our recent blog post.