How to Write an Impressive Social Media Profile

Writing an impressive social media profile isn’t as easy as it seems, especially in an online world where personal and professional lines are becoming more and more blurred. Knowing how to stand out to the right individuals on social media requires a certain amount of finesse. But fortunately, getting your profile noticed isn’t as arbitrary as it seems at first either. If you want to have a notable social media profile that stands out, here are some things you’ll want to do as you’re writing it.

Facebook has over two billion users each month. Twitter has over three hundred million users. And LinkedIn has about five hundred million monthly users. With numbers like these, it can seem daunting to try and write a profile that would appeal to so many people. The good news is, you shouldn’t even try to do that. Instead, consider your target audience on each platform and who you want to appeal to the most, and then write information about yourself that is relevant to them.

For instance, if you’re trying to network with more marketing managers on LinkedIn, include information in your profile that will allow you to stand out to them specifically. Maybe you won’t appeal to operations specialists, but it won’t matter since they aren’t in your target audience. As you write your profile, imagine yourself writing a letter or talking to a member of your target audience in person. What information would you want to share with them about yourself if you were talking to them over coffee?

Don’t Refer to Yourself in the Third Person

Everyone should be writing his or her own social media profiles, or at the very least reviewing them before they’re published for the world to see. It’s no secret that you’re the one writing them and that you’re the one being represented in your own profiles. So, there is no need to write things like, “Susan has been working in the textile industry for eighteen years…” Just say, “I have been…” Why? Because it’s more believable, welcoming, and personal.

You’re also taking direct ownership over the claims you’re making about yourself when you write in the first person. Why is that important? Because when you’re on social media, you want people to see you as trustworthy and approachable. And you want them to know that if they reach out to you, you will be the one reading their comments and responding to them. If you view social media as simply a platform to publish static information about yourself without ever being held accountable for your own persona or comments that you make, then you’re not using it right. In order for it to be effective, social media requires you to engage in real interactions with real people in real time.

Write in the Active Voice

The active voice is easier to follow and understand, especially in a social media profile. The information you include should be about things you have done or are doing, not things that have happened to you. Consider the following two sentences:

The second sentence, which is written in the passive voice, isn’t as clear and is difficult to follow.

You have limited space in your social media profile, so try not to be redundant. You only need to mention things you do or have done once. For instance, if there is a section you can include in your profile that lists your employment history, don’t waste space in your “about me” section talking about each position. Only include details that aren’t mentioned in the following sections.

Implementing story-telling techniques doesn’t mean you need to be funny or get overly creative (especially if you aren’t naturally funny), and tends to only work for longer profiles. When you tell a short story (two or three sentences in length) behind why you decided to work in a different industry or why you love the new city you live in, it allows you to showcase a little bit more about your personality, your lifestyle, and how you tick. Why is this important? Because it allows you to really connect with your social network on a variety of different levels. It also makes you seem more personable and human.

In short, if you want to create an impressive social media profile, just be yourself, keep it brief, and speak directly to your target audience. 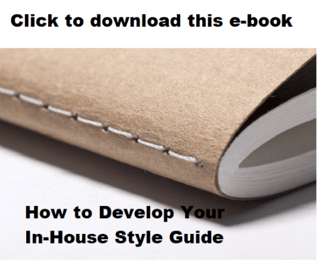