Is It Possible to Be Unbiased When Writing?

According to psychological research, we humans do indeed believe people are prone to bias… but only others, of course. We tend to believe that our actions and reactions are exempt from conscious or subconscious biases, but others are certainly capable of bias.

Researchers of human behavior believe that bias and stereotypical thinking are the result of our evolutionary response to survival. We have learned over the centuries to quickly categorize and evaluate other people and our surroundings on both conscious and subconscious levels so that we can make snap judgments and decisions that keep us alive. Researchers also believe that our environment and the culture surrounding us before we reach the age of five influence our biases, as well. (Source: Psychology Today)

But regardless of our evolutionary proclivities or immediate surroundings or past cultural environments, there is a way to shed our biases when we’re writing. When choosing our diction, pronouns, and subject matter, we have an opportunity to evaluate words on the page repeatedly before we share them with others.

Types of Bias in Writing

Bias is typically understood as being a hurtful or harmful stereotype or prejudice that is conveyed from one person or group of persons to another through hurtful language or harmful actions. Bias can be intentional or unintentional, but it’s most often conveyed unintentionally.

As we’re writing our words and evaluating them for bias, it’s important to first be aware of what types of biases exist so that we can carefully consider them.

(If we missed one, let us know in the comments below so that we can all keep it in mind as we’re writing.)

It’s All About Adjectives, Descriptive Language, and Diction

Most biased writing boils down to the adjectives, pronouns, and descriptive language we decide to use, and our diction overall. Consider the following examples of biased sentences provided by Walden University’s Writing Center:

Often when we’re being biased in our writing, it’s because we’re describing people and what they’re doing or where they are from in a way that includes offensive, stereotypical, or overly generalized terms, phrases, or language. We’re biased when we describe an entire group of people as owning a similar quality or belief, or when we use one pronoun to describe people who practice a certain profession or who own a certain behavioral characteristic. And so on.

How would you rewrite the above example sentences so that they’re unbiased? Rewrite them and then visit the link provided above to Walden University’s Writing Center online to see if you came up with the same responses listed there. Share your responses with us in the comments below.

Quick Checklist: How to Avoid Bias in Your Writing

We all have innate and subconscious biases to recognize and confront. One could argue that it’s actually much easier to do this when writing because you can reevaluate your words until you hand them over to someone else to read.

If you’re sincerely interested in avoiding bias in your writing, here are a few things you can do.

Do you have another rule of thumb you apply when writing to make sure you remain as unbiased as possible? Share with us in the comments below. 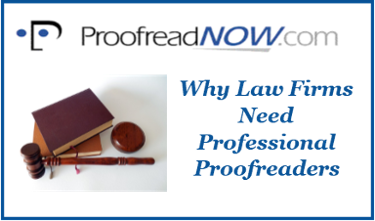