While reading an article recently on 29 famous people who failed before they succeeded, I came across these two sentences:

[Thomas Edison] went onto be fired from his first two jobs for not being suitably productive.

And voilà! A blog post was born. Any idea why? Here’s a hint: It’s not about Mickey Mouse and light bulbs. No, the inspiration is smaller than that. Much smaller. Four letters to be precise — o n t o — and the spacing between them.

Whether to use onto or on to (and their relatives into and in to) is a conundrum for many — one we hope to resolve. In our posts this week and next, we distinguish the one-word vs. two-word forms and offer some strategies for figuring out which one to use when.

Onto is actually easier to master because it has fewer meanings than into. So let’s start there. We’ll explore into vs. in to in next week’s post.

Ben moved his chair onto the deck for a better view of the sunset.

Laura hoisted the heavy bag of dog food onto her shoulders.

Karen was onto Josh’s plan to move out after she overheard him on the phone.

Watch your back … I’m onto you.

After 15 minutes of explanation, Martha finally caught on to what Jerry was saying about short sales.

Walt Disney went on to create the most famous mouse of all time.

How to Choose the Right Form Every Time

The second example (Martha and Jerry) can be confusing because to catch on to something means to develop an awareness about it, which, according to Rule 2 above, should mean that onto, one word, is correct. To resolve this ambiguity and other questions about which form to use, follow the guidelines below.

Use ONTO (one word) when:

The sentence still makes sense if you replace onto with on (even if the meaning changes slightly).

The meaning is “to become aware of” AND onto follows a form of the verb to be (am, is, are, was, were, been, being).

Use ON TO (two words) when:

On is part of a verb phrase.

To is a preposition or is part of an infinitive.

Hope that’s helpful. Let us know in the comments below of any onto or on to constructions you find perplexing. Until next week … hold ON TO your hats! 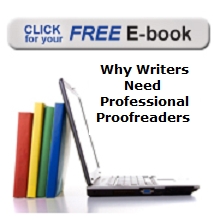 Topics: onto versus on to