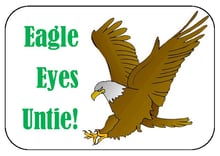 Thanks to everyone who entered our proofreading quiz last week. Congratulations to Barb Poole, who submitted both the first and the winning entry, missing just four of the 57 errors — even some of the sneaky ones.

The two mistakes that tripped up most people both appeared in paragraph 4: “airways” and “vaccine.” Regarding the first, we have only one airway, which is the area in the throat through which air passes to and from the lungs. The second word should be “vaccination.” Vaccine is the product; vaccination is the process. Consumers can’t “get” a vaccine other than through vaccination, so “vaccination” is the correct term here.

Now for the rest of the answers …

We’ve bracketed the original text in each example below and indicated the correct answers in green capital letters. Below each paragraph, we’ve provided additional explanations for some of the corrections.

Because proofreading can be subjective, we allowed for multiple ways of fixing the errors, as long as the correction didn’t introduce another error or change the meaning of the original text. In the first paragraph, for example, “subtext” is not the right word. Changing it to “context” or “text” or deleting “in the subtext” are all acceptable ways of correcting the problem.

Picking up on words that have been used incorrectly can be one of the hardest parts of proofreading, particularly with homonyms (words that sound alike such as there/their/they’re) and rhyming words that have somewhat similar meanings (e.g., blaring/glaring). A previous post discussed some strategies for rooting these out.

Using “lead” for “led” is one of the most common errors we see at ProofreadNOW.com. “Lead” is a present-tense verb meaning to guide or direct on a course. “Led” is the past tense of that verb. The confusion in usage may result from how the present- and past-tense forms of “read” are pronounced (read/red) despite being spelled the same.

We also often find “heath” used for “health.” Because both are words, a spell-check program may not pick up the error. The same holds true for “statue” and “statute.”

In the above paragraph, a number of entrants didn’t change “Companies who” to “Companies that.” Even the strictest grammarians might (grudgingly) concede that you can sometimes use “that” in referring to people (e.g., the guy that backed into my car), but using “who” to refer to an entity? No way.

And although some people (and dictionaries) use “insure/ensure/assure” interchangeably, others (including ProofreadNOW.com and most of the contest’s entrants) more strictly apply their nuanced meanings:

In addition to the challenges mentioned above, “mucous” created some difficulties for about two-thirds of the entrants. “Mucous” is an adjective that means of, relating to or resembling “mucus” (the noun form, which is called for in paragraph 4).

Rather than providing examples of fraud, as the original text does, the text following the dash adds more detail to explain what “are trained extensively” means.

Some people incorrectly changed “additive” to “additional,” while others didn’t change “capacitance” (referring to the property of an electric nonconductor) to “capacity” (the ability to do something). Finally, about a quarter of entrants didn’t delete either “essential” or “key,” which are redundant terms.

If you have questions about any of the other answers, please let us know in the comments below. We also offer an Ask the Grammar Expert feature on our website for any other grammar, punctuation or usage questions you might have. Thanks again for playing!