Alright or All Right? Alot or A Lot? 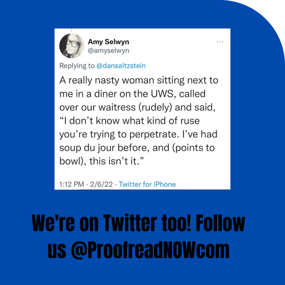 Is it all right to use “alright”? We’d say so, with a few qualifications:

Some people believe these words have slightly different meanings. For example:

Q: Were the directions all right?

A: Yes, all of them were correct. Not a single one was wrong.

Q: Were the directions alright?

A: They weren’t specific enough to my taste, but it’s okay.

Then there’s the similar but jauntier version “all righty.” Besides the fact that this is only used as an adverb, while the other two can be used as adverbs or adjectives, there’s no real difference in meaning.

I’ve revealed too much.*

Alot or A Lot?

This is more cut-and-dried. “Alot” is not a word, though your brain automatically goes to similar constructions like “already,” “almost,” and “although” for proof that it’s all right. However, just because certain words look similar doesn’t mean they’re put together for the same reasons and, by extension, that a similar spelling is correct. While some words start with “al,” “a lot” does not fit that model. Here are a few examples:

Two other points of confusion: “lots” and “allot.” The first can be used as an informal plural form of “a lot,” generally used in speech, meaning “much” or “many.”

But “lots” is also the plural of “lot,” a noun, with multiple meanings, as in:

Finally, “allot” is a verb that cannot be used to replace “a lot.” It means “to assign as a share or portion” or “to distribute by or as if by lot.”** Check out these examples:

Thanks for reading! We hope this helped a lot.

*Besides the implication of the second preceding bullet point, see number 9 in this list.

Merriam Webster has more in-depth information on the difference between “alright” and “all right” and why “a lot” is right but “alot” is not.

If you found this post helpful, please share it with friends, colleagues, and random people in the grocery store checkout line. Everybody deserves this knowledge, and we love providing it!

Don’t leave yet! For another jawbreaker of a grammar problem, check out this post on “Lay or Lie?”