Beside or Besides? Toward or Towards? 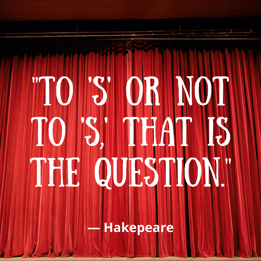 Who knew a single letter could cause so much confusion? Here are five pairs of words that cause eyebrow furrowing for English speakers and writers. Learn when to keep the “s” and when to toss it with these brief explanations and helpful examples.

Both are valid and both are correct, in certain cases.

“Towards” is an acceptable variant of “toward” in the United Kingdom and Australia. It’s less acceptable but still commonly used in spoken U.S. English. When you think about it, the “s” serves no purpose and has no meaningful (etymological) basis. So, we recommend sticking with “toward” in all instances:

“Anyways” is the sloppy younger brother of “anyway.” In speech, you’ll sail by when using this informal variant. In writing, we recommend using the correct form, “anyway,” in all instances:

“Backward” is a variant of “backwards;” more specifically, the former is used in U.S. English and the latter is used in the U.K.

Allowing for the fact that ProofreadNOW.com is based in the United States, we leave off the “s” in all uses when we are not proofing British text:

This is another case of context. Both forms can be correct but not at the same time.

If the use of “adjective,” “adverb,” “preposition,” and the like has you in a tizzy, have no fear. You’re not alone. We’ll be covering these, called “parts of speech,” in an upcoming blog post.

In the meantime, check out the highlighted links in this post or search our blog for more related posts to feed your grammar hunger.

Topics: beside or besides?, toward or towards