Proofreading Quiz: And the Winner Is … 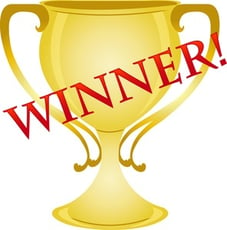 Thanks to everyone who took our proofreading quiz last week. Congratulations to Arlene Gregoire, who missed just three of the 51 errors, including some of the sneakiest ones.

The mistakes that tripped up most people appeared in the second and third sentences of paragraph 3: decreases/increases insulin and hyper/hypoglycemic. These errors go beyond basic grammar and punctuation mistakes, many of which Microsoft Word will highlight, and require a closer read to ensure the text makes sense.

Now for the rest of the answers …

We’ve bracketed the original text in each example below and indicated the correct answers in green capital letters. Below each paragraph, we’ve provided additional explanations for some of the corrections.

Because proofreading can be subjective, we allowed for multiple ways of fixing the errors, as long as the correction didn’t introduce another error or change the meaning of the original text. In the first sentence of paragraph 1, for example, both “there are 100 reasons” or “there are a hundred reasons” are acceptable ways of correcting the problem.

A couple of entrants missed “between you and me.” For an explanation of why me is the proper pronoun, see our recent post here. Infers/implies tripped up a few people. Infer means to figure out what one means by what is left unsaid. Imply means to hint at rather than to state something directly. Using the f in infer to remember it means “to Figure out” can be helpful in distinguishing the two terms.

“Re-enforcing” proved the trickiest error in this paragraph, as is often the case with homonyms. A previous post discussed some strategies for rooting these out. Another error several entrants missed was the redundancy of strategic responsiveness strategy.

In addition to the commonly missed errors noted above, several entrants missed “very unique.” Because unique describes something or someone unlike anything or anyone else and very is used to emphasize something that belongs to or is part of a particular person or thing, very unique is redundant. Something is either unique or it isn’t.

“Fuse together” was the most commonly missed mistake in paragraph 4. Because fuse means to join together or combine, fuse together is redundant.

The last sentence of paragraph 5 contains two other errors that many missed: the use of Smith instead of Jones and the transposition of the T and P in USPTO. Both errors are ones we see frequently at ProofreadNOW.com.

If you have questions about any of the other answers, please let us know in the comments below.

Thanks again for playing!

NOTE:  The fixes we're showing you in this quiz are typical of what we do when performing a Clarity Proofread. Our editors not only review your document for grammar, punctuation and spelling errors but also look for incorrect words and errors in understanding (such as the fixes in paragraph 3). Why not run one of your business documents containing up to 1,000 words through our Clarity Proofreading service at no charge to see what our editors find? Click here for full details.