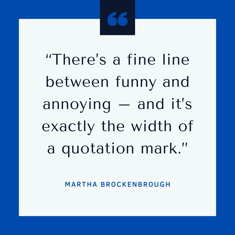 Everyone everywhere is talking about goals and expectations for the new year. We’re all being bombarded online with inspirational fluff and hustle culture exhortations and lists of predictions for every industry and every aspect of life.

Well, we like to stand out. Not just for the quality of our proofreading and copyediting work, but for our unique approach to a new year. Today, instead of being fueled by resolutions with a half-life of 17 seconds or lofty aspirations for the perfect physique, how about being driven by rage? Good old-fashioned disgust centered around punctuation mistakes that make you want to throw a baby tantrum and toss dirty dishes out the kitchen window. We’ll go first.

In no particular order, here are six common punctuation mistakes that drive us crazy:

-Avocado’s on sale! Buy two for the price of a little less than two.
-His coin’s are jingling like tiny flat bells.
-The Smythe’s live here.
-I know so many teachers’ who are sad winter break is over.

2. The verb “to be” lowercased in titles. Why? What have “is,” “am,” and “are” ever done to deserve such disrespect? Sure, they’re short. But where would you be without these verbs? You wouldn’t be at all! My goodness, I nearly rage-capitalized that entire last sentence. I need to eat some buttered toast and calm down. Three hypothetical examples:

-2023 is the Year of Your 23 Greatest Sandwiches
-Economists are Predicting a Recession Affecting the Plastic Poncho Industry
-Local Politician Complains “I am Not Sure I Want This Job Anymore!” 27 Hours After Election

3. The misuse of they’re, their, and there. I started to write some examples, but I can’t even go there. It’s too painful.

4. The Misuse of you’re and your. If you hear about a woman arrested for being a public nuisance while screeching “One is a contraction! The other is possessive! How hard is it?” there’s a 72% chance it’s the author of this post. I’ve seen more interactions like the following than I care to remember:

-“I think you’re confusing the words ‘prostate’ and ‘prostrate.’”
-“I know what ‘prostate’ means, okay? And it’s ‘your,’ for the record.”

5. When we criticize someone else’s punctuation and find a mistake in our own writing, aka Muphry’s Law. If you’ve ever been in an argument and stuttered in the middle of a cogent point, you know the impotent fury. This is its first cousin. Even if you’re a pro at handling it, the humiliation runs deep.

6. Any kind of mistake on a billboard, not just punctuation errors. Why? Because they’re putting our lives at risk.

A few weeks ago, I passed a billboard that was so poorly written, I did a double take and almost plowed into a fire hydrant. The only upside was that my children learned a couple of new four-letter words during that outing.

My dear little mother calls me every time she passes one horrendous offender while running errands.

"I passed it again!"

“That billboard. The stupid one. I just passed it again. I think it gets worse over time.”

“You should rewrite it for them. They should pay you.”

“They should. But they won’t. Have fun grocery shopping.”

If the people approving billboard copy want to sell more and save lives, they should consider proofreading.

What punctuation mistakes get your cheese stuck in a grater? What typos stir up your bowels? What errors ruffle your fur? Share with us in the comments below.