Let’s Not Scribble Over Seaman Ticks

We were studying “stranger danger.” This is a difficult subject in any context, made only more so by language and cultural differences. I assumed my ESL students would struggle the most with the simplistic and potentially contradictory application for social interactions: Kind strangers = bad strangers. Mean strangers = bad strangers. Candy is good but don’t take the candy. Dogs are nice but don’t pet the puppy! Ride the bus home but don’t get in the white van with no windows! Run away, screaming!

“Ella, can you please read our story for today?” I asked. As the brightest six-year-old I’d ever taught, she had a strong chance of grasping the nuances of our text. A man, who was obviously pretending to have been in a car accident, was attempting to gain access to a young girl’s home, where she was alone.

“‘Help!’ the man yelled through the door. ‘I was in a bad car accident and I need to call an am-bu-lance.’ Ella sounded out the syllables of that sneaky borrowed word.

I nodded inwardly. We were on a Jack-and-Jill-down-the-hill roll. We might even have time to talk about some supplementary vocabulary words, like “paranoia.”

“The man knocked loudly on the door and groaned. Aghhhhhhh.” Ella added a long, agonizing death sound for effect. I admired her commitment to the story. “Mary tiptoed to the door and looked through the peehole…”

My eyes widened involuntarily. I sucked in my cheeks to keep from tittering. My visual imagination got the best of me and I mentally chastised myself. Whatever Ella read after that word was lost on me as I wrestled that dark foe: potty humor.

She finished the page and looked up for feedback.

I underlined the misread word and, with as much maturity as I could muster (of which I have virtually none), I asked, “Could you please read this sentence again?”

“Mary tiptoed to the door and looked through the peehole,” Ella repeated.

I burst out laughing, caught myself, and pointed. “Just this one word, my dear. Look closely.

“Pee…oh, there is another ‘p.’ Peephole,” she said without emotion.

“Yes, very good,” I affirmed. My face was nearly splitting in two from my clenched smile. I was vacillating between explaining the significance of the error and bulldozing over it.

“What is tiptoe?” Ella interrupted my momentary ambivalence.

“When you are scared or trying to walk very quietly, do you stand on the front part of your toes?” I asked. She nodded. “That is to tiptoe. To walk on the tips of your toes.”

“I understand,” she answered.

With the full-blown bathroom humor disaster avoided, I turned to the next page and prayed for the grace to get my act together.

“What is peehole?” she blurted out.

I almost fell off my chair.

Unlike that incident, you might think it’s easier to catch mistakes in written form since they’re less slippery and spur-of-the-moment. Writing can be mulled over. You can ask your best friend, Spell Check, to take a look-see. However, I give you Exhibit B as a contradiction:

“Does ‘awwww’ have ‘ar’ in it?” I asked, tilting my head, and smiling mischievously.

“Here we go, then,” I retorted. “Star, far, cart, park, and hard.” I enunciated carefully to ensure he could spell them phonetically. “The last one is shark.”

Unlike the others, this one stumped him. I repeated it at a snail’s pace as he began writing, haltingly. I watched closely as the word took form. S…H…A…R…

With my help, the poor shark made it out of ignominy. In case you were wondering, that mistake never found its way into our supplemental vocabulary. If I failed Mark in this deliberate exclusion, I failed him sincerely.

I realize I’m not writing to children. But grown-ups are often just bigger people filled with a bit more knowledge and an enormous amount of misplaced self-assurance. I know because I am one of them. Also, I’ve read iterations of the following more times than I can count (math is not my strong suite):

By the by, my friend Spell Check loved the title of this blog post. He didn’t red squiggle it a teeny tiny bit. Word to the wise: These issues become mute if you use a good proofreader. I mean moot, of course. Just think of how useless a cow’s noises are and you’ll remember the correct spelling/use every time. 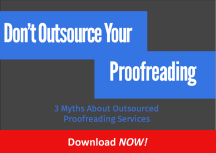